Defender Jade North is enjoying the new partnership he has formed with Daniel Bowles in the centre of the Brisbane Roar defence.

But he knows the pressure is on both of them to maintain their strong start to the season as the competition for Starting XI places heats up.

“Daniel has been a rock at the back and he has come on in leaps and bounds over the last year,” North said today as the Roar continued preparations for Saturday’s Hyundai A-League Round 8 away clash against Newcastle Jets.

“He deserves a lot of credit at the moment, playing tough and following our structures.

“Obviously we’ve got (James) Donachie breathing right down our necks at the moment which is good.

“Lukey DeVere is coming on (in his rehab from quad surgery) and he is an important player in the squad.

“We got a lot of depth in that position (central defence) which is good and is healthy for the team.” 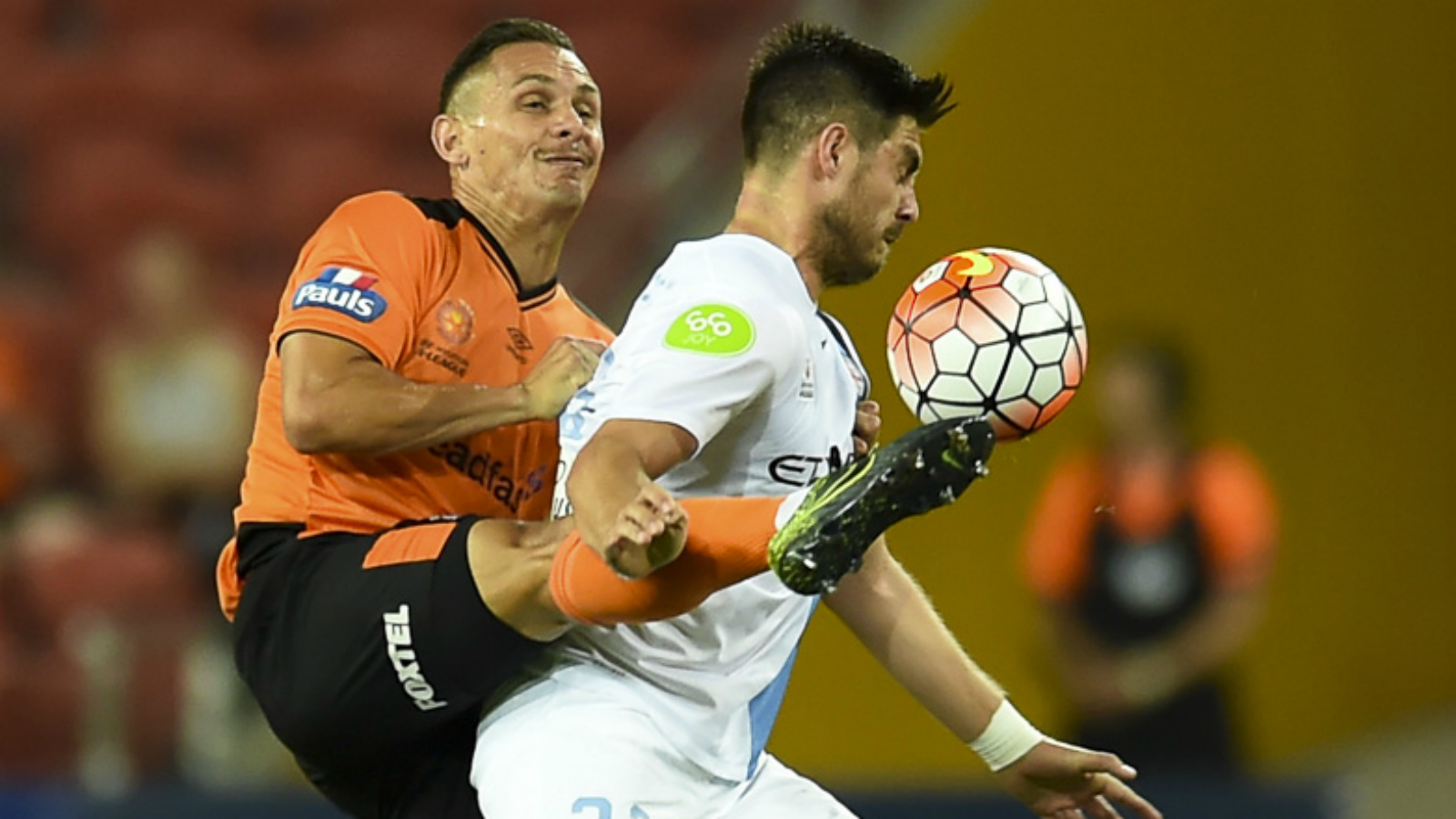 North (above, in action against Melbourne City last Friday night. PHOTO: Albert Omar Perez) is currently enjoying some of the best form of his distinguished 157-game Hyundai A-League career across three clubs, the Roar, Wellington and four seasons with Newcastle Jets.

He attributes that to the style of play Head Coach John Aloisi has introduced and the coaching and medical team’s expert managing of his training load.

“I’m feeling comfortable, the way our structure has been set up this year,” North said.

“Defensively we’ve been pretty solid of late and overall we have been going quite good as well.

“When teams have a go at us it’s probably been on the counter attack . . . we have shut down a lot of counter attacks this year so I have been happy with that as a collective group.

“I’ve been happy with the boys around me, Miguel (Corona) in front and the back four. If we can build on that we can create something special.”

The Roar and the Jets played a scoreless draw in a pre-season trial at Cleveland in September, but North draw no parallels from that game when both squads were under-strength and deep in pre-season training.

North knows the vastly improved Newcastle will provide yet another test for the Roar and they are ready for the challenge as Aloisi urges his players to improve with each game.

“They’ve got players that can really hurt you all over the park,” North said.

“We will do our homework on them and I’m sure they will do it on us as well.

“Every game we are looking to win, whether it is home or away.”