Orange Oar is something to Roar about

It’s the photo Roar fans have been waiting to see since the club’s coup signing of Socceroo Tommy Oar earlier this week.

The 24-year-old Socceroo stepped out this morning in the Orange after six years abroad.

“It’s really good to be back. I’m looking forward to getting fit very quickly and helping the team out for the rest of the season,” Oar said.

“I am quite confident that in one or two weeks I can get up to full fitness and then get some game minutes.

“But my focus isn’t really on when, I am just trying to work hard in training and see where it takes me.”

Oar participated in the warm-up and some restricted space possession drills then peeled off to do some separate fitness work with the club’s High Performance Manager Karl Dodd (pictured below). 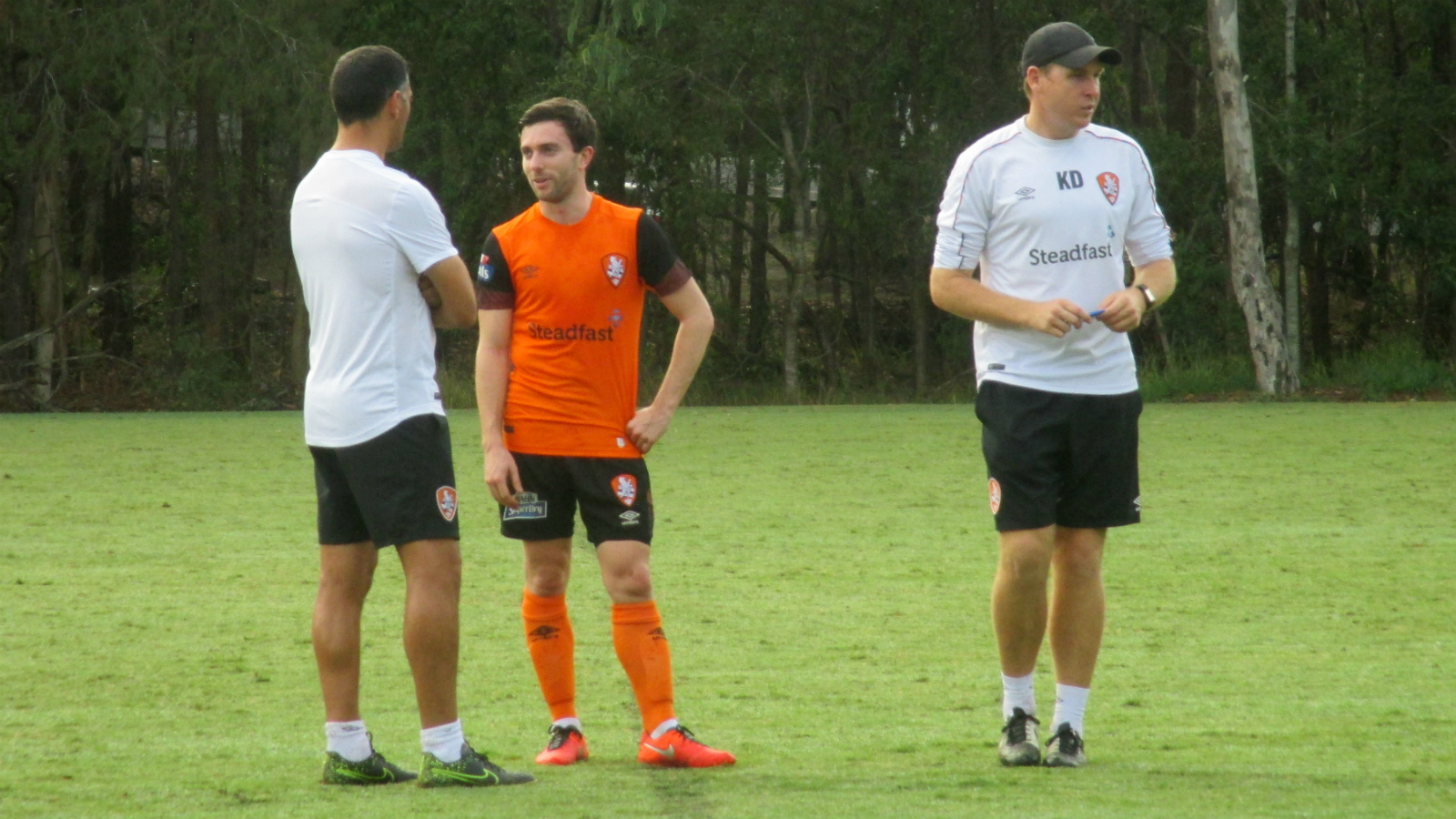 Oar will not play in the club’s Hyundai A-League Round 22 match against competition leaders Western Sydney Wanderers at Suncorp Stadium on Friday night (7pm KO) but will be introduced to the crowd prior to kick-off.

To secure your seats at the match click here

Oar says a huge factor in returning to the Roar (he played in Brisbane from 2008-2010) was that he was coming into a squad where he could benefit from the best of both worlds – experienced winners such as Matt McKay, Luke DeVere and Thomas Broich and exciting youngsters such as Jamie Maclaren and Brandon Borrello.

“Some of the younger boys I haven’t come across before and seeing them at training today it was very intense and there was a lot of quality in the session,” Oar said.

“There have been good reports about them and the couple of games I have watched they have done very well as well.

“People like Matty and Luke DeVere and Thomas Broich, they have quality that everyone knows of.

“I am looking forward to playing with them all and hopefully we can bring the best out of each other.” 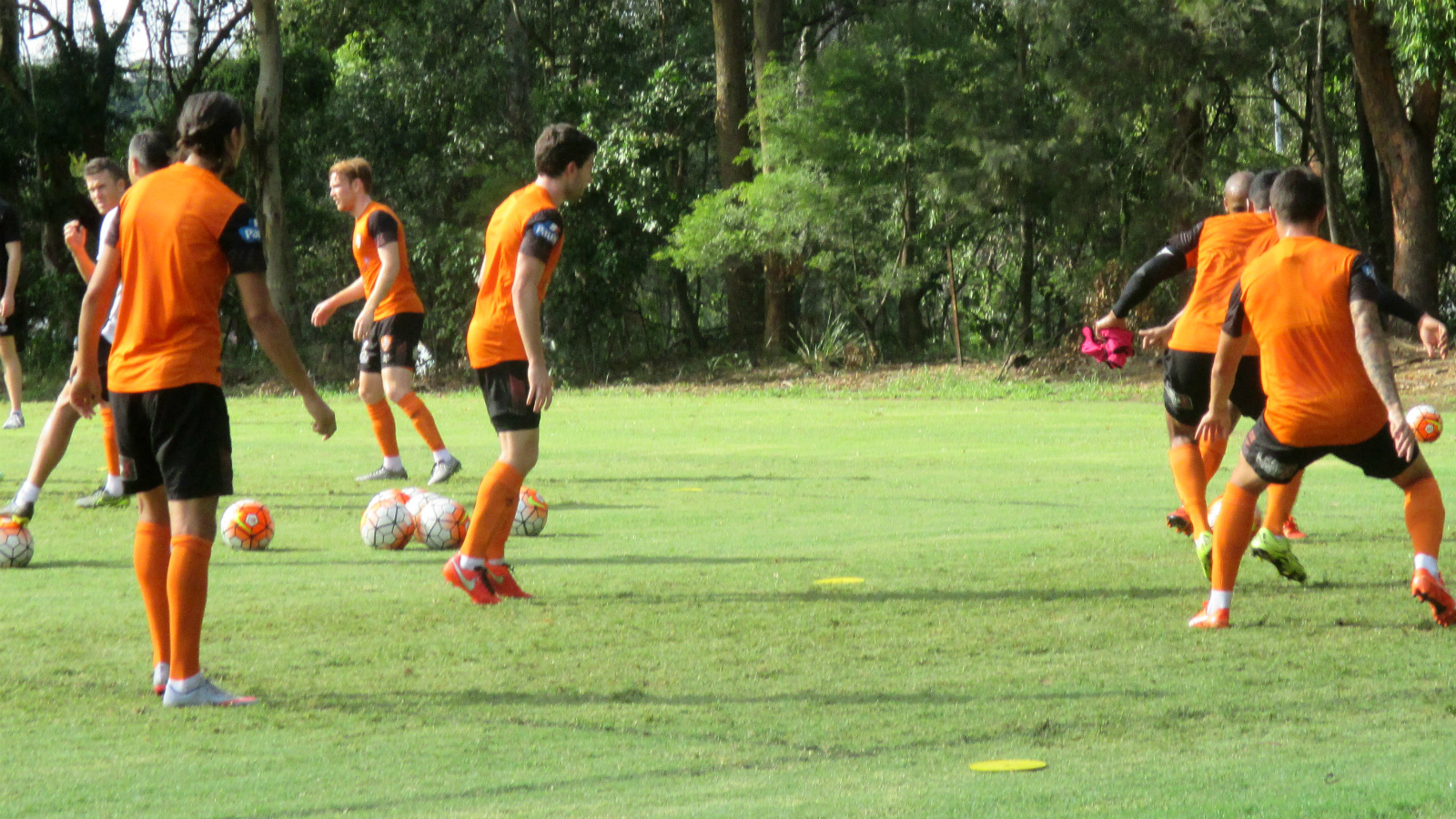 Oar (training today above) revealed he had options in Asia and Europe, but chose the Roar as the best platform for the next stage of his career.

“Being 24, I plan on being part of the Socceroos for many years to come and really want to push myself and become the best player I can. Brisbane is the perfect place to do that.

“It is where it started for me, I am familiar with everything here and familiar with how the club works under (Head Coach) John (Aloisi).

“They play really attacking football. For a player like me it was a logical choice.”

Oar says he is looking forward to renewing links with the club’s supporters who backed him so strongly early in his career.

“The Den has always been very supportive of me, gave me a lot of positive feeling going onto the field, I am really looking forward to pulling on the jersey again and playing at Suncorp . . . just in time for the finals.

“This season and beyond there’s not really any limits to what we can achieve.

“The quality of players we have speaks for itself. We have a lot of Socceroos and a lot of future Socceroos. There’s a lot to be excited about.”