Our goals are a team effort says Maclaren

Brisbane Roar young gun Jamie Maclaren has praised his team-mates for helping to put the spotlight on his budding goalscoring partnership with fellow youngster Brandon Borrello.

As the Roar prepare for a Hyundai A-League top-of-the-table clash with Sydney FC at Allianz Stadium on Friday night (6.40pm kick off), Maclaren said the pinpoint service the pair has been getting was a large part of the secret to the seven goals he and Borrello (pictured below) have netted so far this season.

He added the pairs’ speed, enthusiasm and confidence also had contributed.

“We are (both) young and want to do well,” Maclaren said.

“We have the same pace and we want to score goals.

“When you’ve got Tommy on the left, most defenders want to look after him and that gives us a bit of free space to run into. 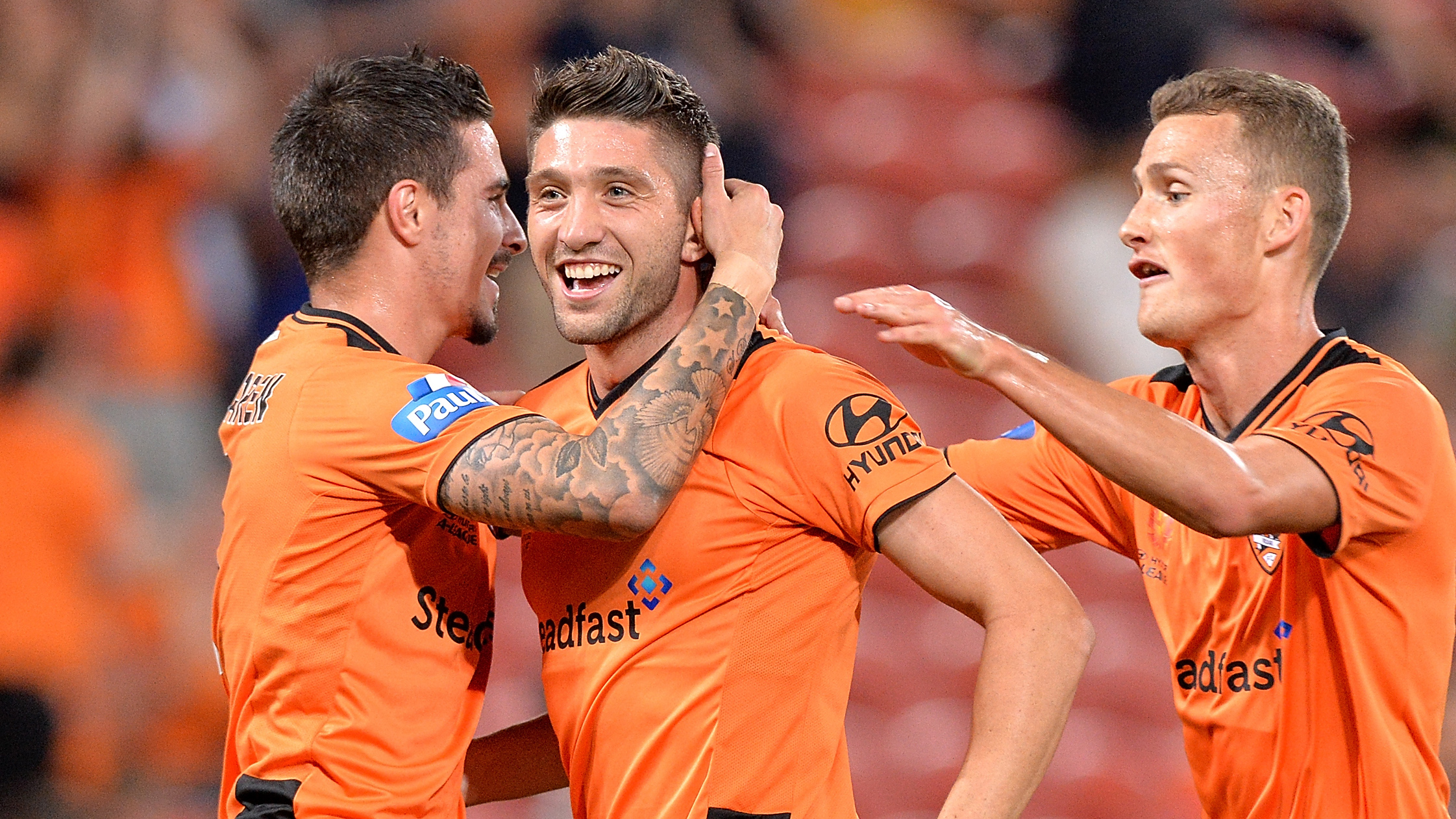 Sydney FC Head Coach Graham Arnold has put a focus on his defence this season and his side has conceded just two goals in four rounds.

Maclaren believes a deeper Sky Blues line could work in the Roar’s favour.

The Roar have scored in 10 of their 11 last visits to Sydney FC – netting 10 goals in their previous three encounters.

“We’ve got players like Matty (McKay), Dimi and Corona who can keep the ball, they’ve got to come and get it off us.

“That will leave space for me and Brandon to run in behind. We are going there thinking we are going to get some goals.

“Both teams have started very well, they are a good side, they had a good win they are full of confidence, like we are, so it should be a good clash to see where we both are at.”

It’s been a big week for Maclaren. He was named in the Olyroos squad for a two-game tour of the Middle East next week and today was named as a nominee, along with Borrello, for the PFA’s Player of the Month for October.

While delighted with his Olyroo selection, Maclaren admitted he was a little disappointed it meant he would miss the Hyundai A-League Round 6 clash against his former club Perth Glory.

And he urged Borrello to keep alive his dream of winning a place in the Olyroos squad for the AFC Under-23 Championships and Olympics Games qualifiers in January.

“Hopefully in January we will both go away and do things for the Olyroos,” Maclaren said.

“It is a good link up between me and him and if we can take it from Brisbane Roar to the Olyroos, it will be a good thing.”