New Young Roar recruit Nathan Konstandopoulos has urged his team-mates to believe in themselves and let their football do the talking when they take on Brisbane Strikers in their opening match of the 2016 PlayStation 4 National Premier Leagues Queensland season at Perry Park tomorrow night (6pm KO).

The 20-year-old central midfielder has joined the club from Adelaide where he played NPL previously with Adelaide Olympic and Adelaide United Youth and was a member of the FFA-Cup winning Adelaide United squad.

“It’s an honour to play for Brisbane Roar. I have been watching them on TV for a long time and it is good to finally wear their colours,” said Konstandopoulos (below). 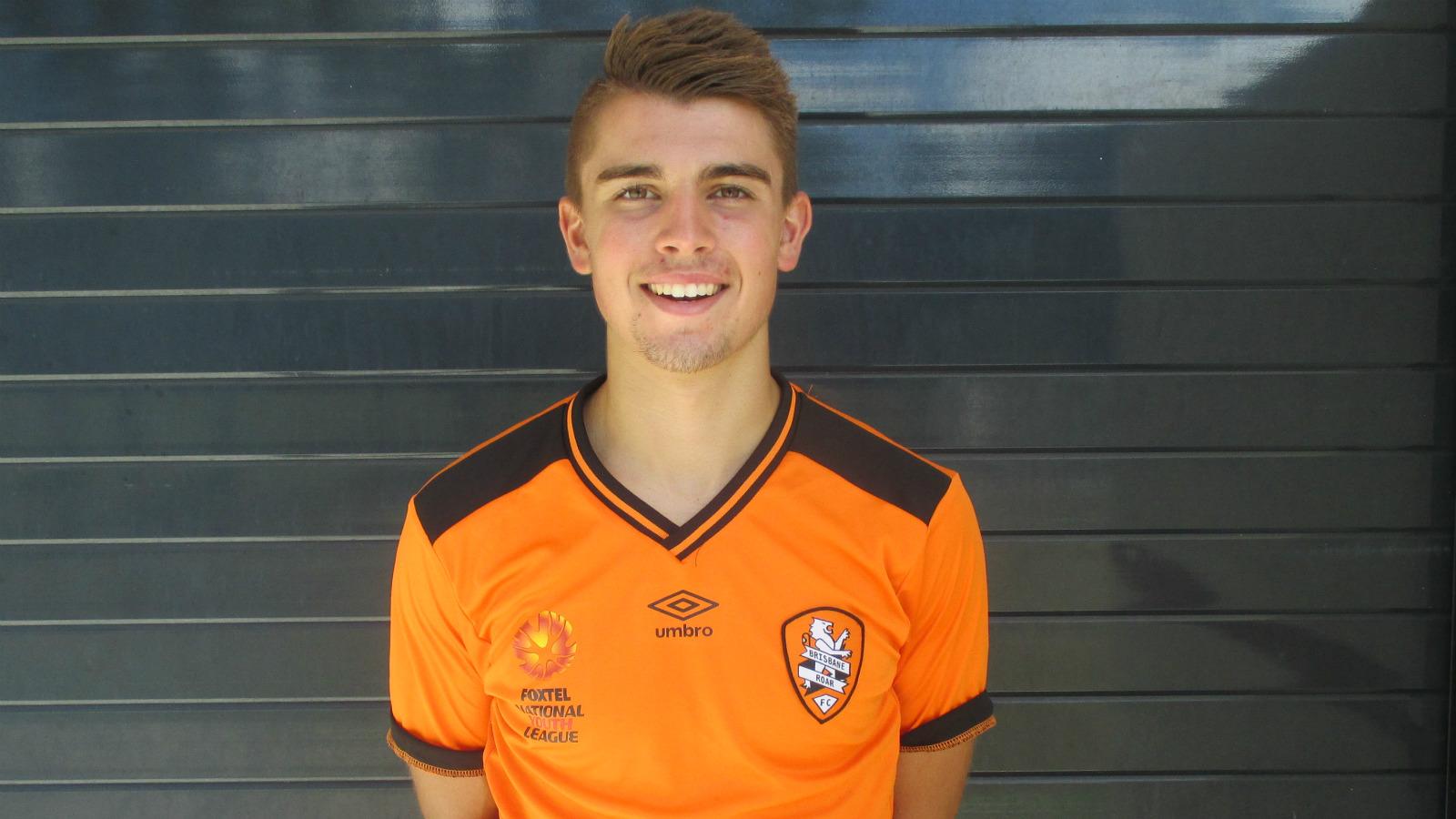 As he begins his fourth season of NPL football and makes his debut for the Roar, Konstandopoulos is mindful of the challenges the Young Roar players face taking the step up from playing similar-aged opponents in the Foxtel National Youth League.

He has urged the Young Roar players, who are mostly 17- and 18-year-olds, not to be intimidated by older and more physical players.

“Don’t been scared and believe in yourself,” Konstandopoulos said.

“Tackle the physicality with aggression but also let the football doing the talking using our skills and speed to out-manoeuvre some of the bigger bodies.” 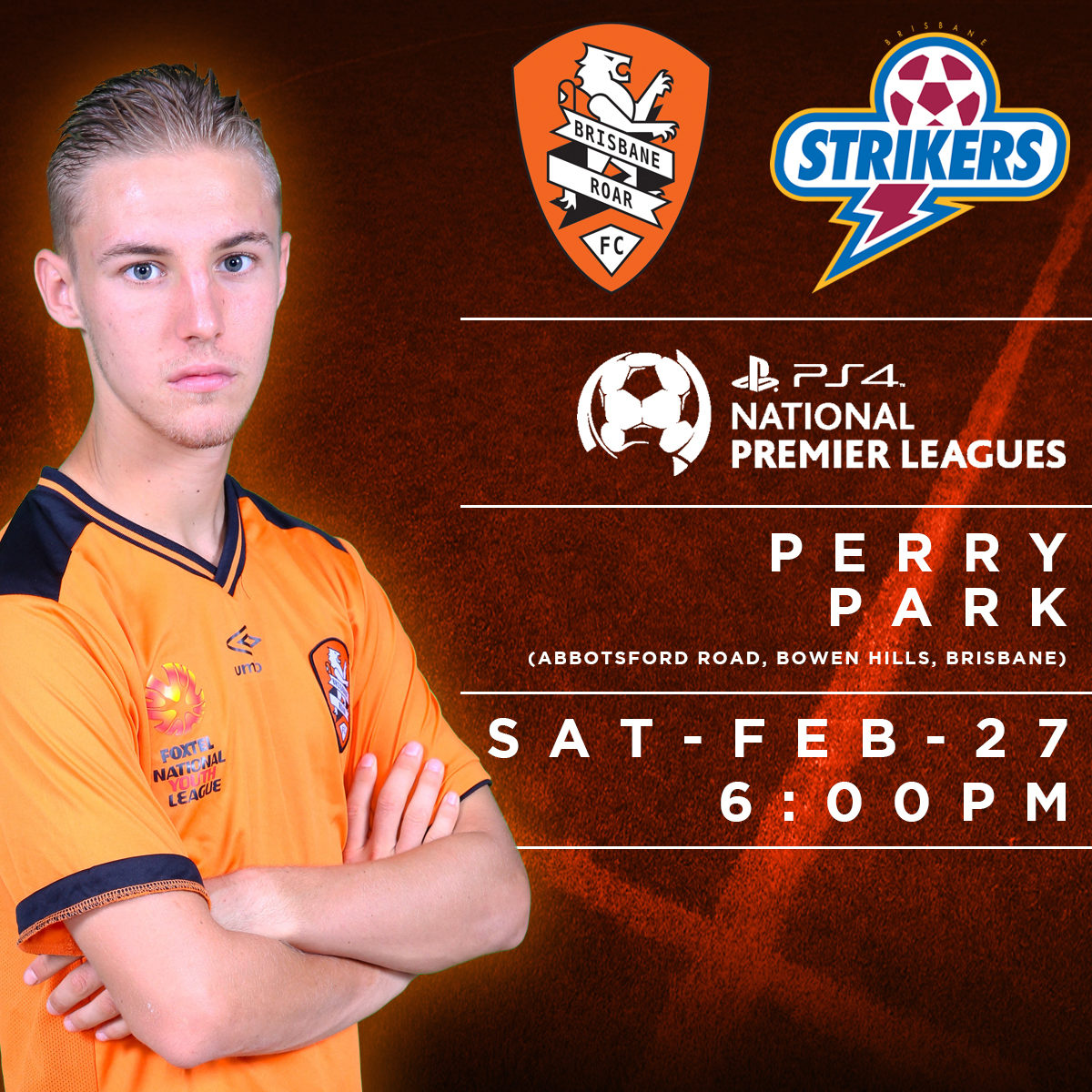 Konstandopoulos has completed several training sessions with the Roar’s Hyundai A-League squad, as have many of the Young Roar squad members in recent weeks.

“It has been a fantastic experience to learn off players like Matt McKay and Thomas Broich, learn their tricks and keep progressing my football,” he said.

But he is also looking forward to playing his first game with the Young Roar, who squad features promising teenagers including Jesse Daley (above). Adam Sawyer, Dylan Wenzel-Halls, Tommy Miller and Joe Champness to name just a few.

“They are a fantastic group of guys who are very talented,” Konstandopoulos said.

“I just want to learn the new style as quickly as I can, get to know the players around me, keep improving my game and give my best to the team.” 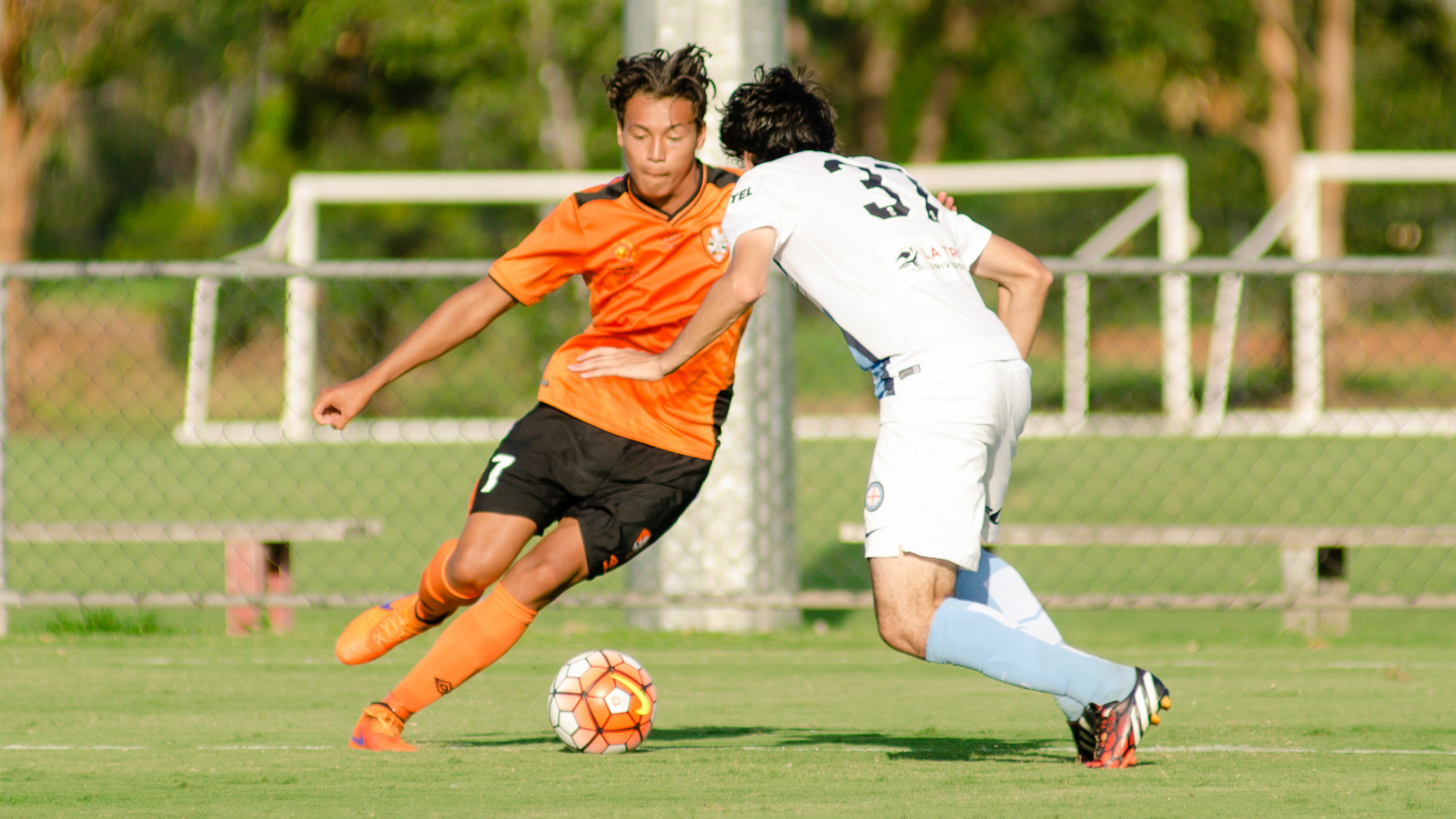 Young Roar striker Dane Ingham (above) is among the fleet-footed front runners who could benefit from clever distribution from Konstandopoulos and otehr Young Roar midfielders.

Ingham had a strong season in the FNYL and is looking forward to maintaining that form as he enters his second PS4NPLQld season.

The 16-year-old says he benefits from the quality service he gets from his talented team-mates.

“I am just finishing off the team structures (Coach) Josh (McCloughan, below) has put in place,” Ingham said.

“It’s a pretty easy job for me off the back of what the other boys are doing.” 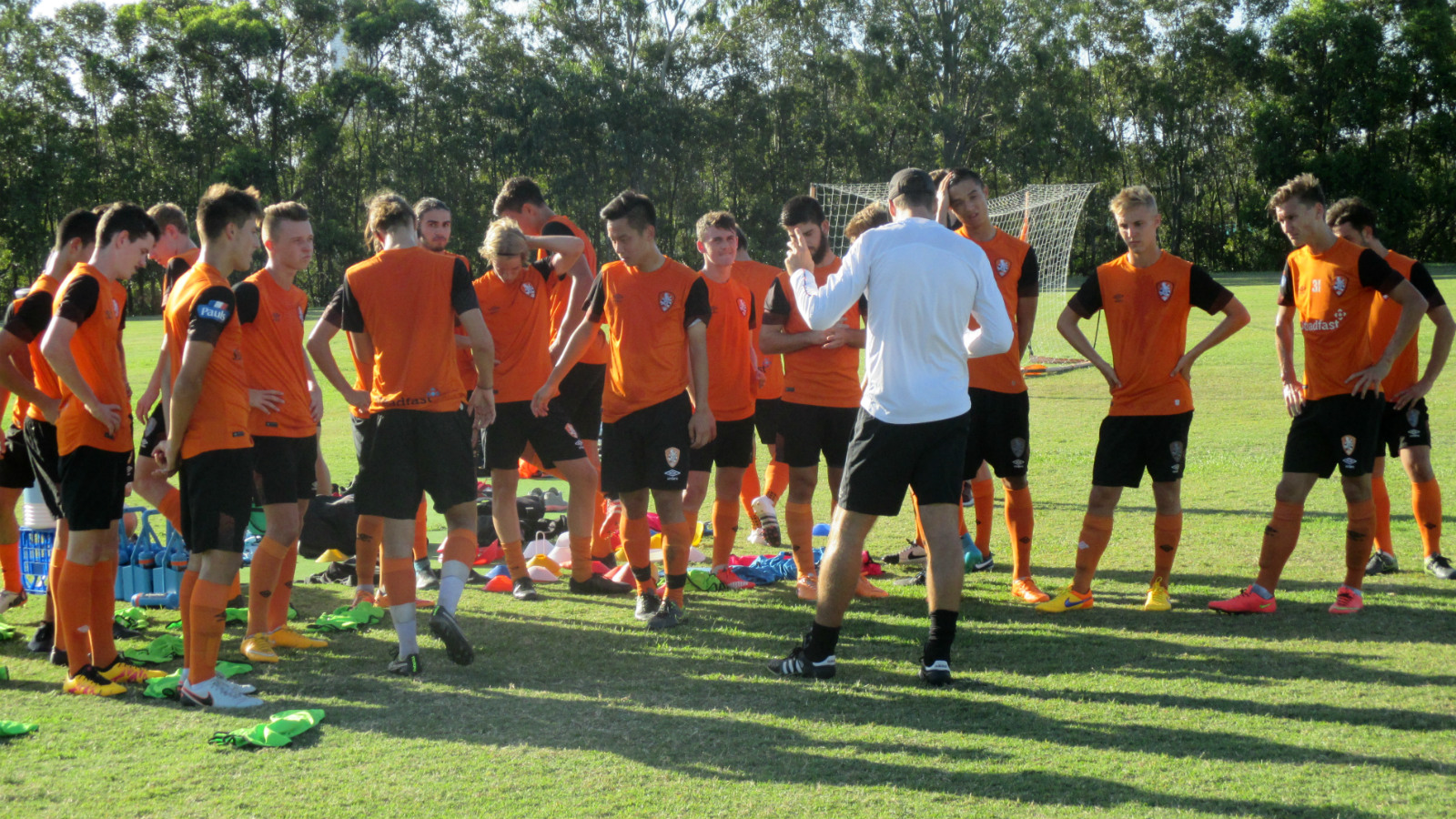 Ingham has also been inspired by his older brother Jai netting for Melbourne Victory in their mid-week AFC Champions League win.

“I am happy for Jai and very proud of him,” Ingham said.

“I think it is good inspiration for all young players that if you continue to apply yourself at this level, the chance to step up to the next level could come anywhere across Australia.”

The  Brisbane Roar Youth vs Brisbane Strikers match kicks off at 6pm at Perry Park tomorrow (Saturday, 27 February). The under-18 clash between the two clubs starts at 3.30pm.