Defenders, it’s time to receive the recognition you deserve. Across Round 19 of the Hyundai A-League, FOX SPORTS will recognise the back four in the first ‘defender’ themed round.

Brisbane, with one of the best defences in this year’s competition, is sure to figure prominently when the judging commences. The Roar take on Melbourne City at AAMI Park on Saturday, 11 February in an important away fixture.

FOX SPORTS’ Defender Round will celebrate the contribution of defenders to the Hyundai A-League, the players who are instrumental to the game but sometimes miss out on the glory.

Our very own key back-line contributor Luke DeVere will be in the spotlight, along with colleagues Taylor Regan (Adelaide United) and Robbie Cornthwaite (Western Sydney Wanderers) looking at ‘a day in the life’ of a defender!

The themed round was brought to life at Allianz Stadium last night as Sydney FC & Wellington Phoenix kicked-off Round 19. 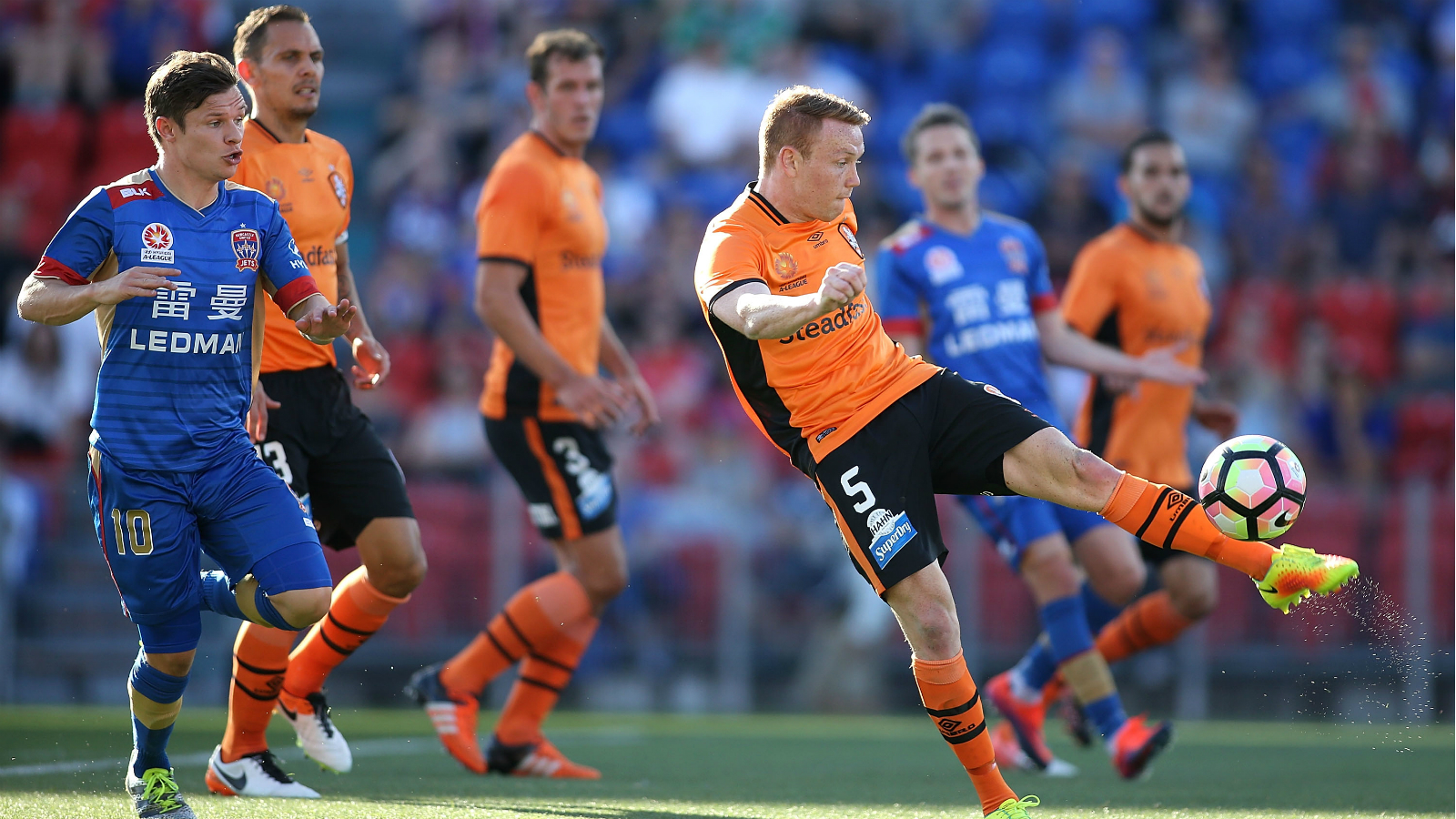 Across the weekend, defenders will feature front and centre in FOX SPORTS’ LIVE match coverage throughout the round.

The best defender in each game will be awarded a $500 prize from NAB.

The FOX SPORTS LAB will crunch the numbers on the best defenders this season and key backmen will feature in pre and post-game interviews.

Shootout on Sunday will be transformed into a defender awards night, with host Tara Rushton, plus Mark Bosnich, Ned Zelic and John Kosmina handing out prizes for the best tackle, best blow up and best clash.

The ultimate prize will be the “Golden Shin Pad”, awarded to the best defender of the round.