Talk about going the extra mile to support the Roar – the Hammond family from Moranbah in Central Queensland has driven thousands of kilometres over the school holidays to take part in the club’s Pauls Roar Active Program clinics.

Their amazing football odyssey began when they signed up eight-year-old son Mason for the Mackay clinic which was part of the RAP team’s recent swing through regional Queensland.

Mum Sherry, stepdad Josh and Mason’s siblings Brodie, 12, and Tahlia, 3, made the five-hour round trip from Moranbah to Mackay for Mason to get involved with the Roar coaches and their inflatable skills field (pictured below).

The left-footed forward from the Moranbah Hawks under-9s enjoyed the clinic so much, the Hammonds signed him up for the recent three-day skills clinic at Brisbane City’s indoor training facility.

That required the Hammonds to load up the family and the car again and hit the road – this time 11 hours 44 minutes from their home driveway to where they stayed in Brisbane.

Mason joyfully completed the clinic, the family spent two extra days in Brisbane sightseeing, then it was another near 12-hour drive home.

And then last week, they headed back into Mackay to take part in a Football Queensland organised school holiday clinic. 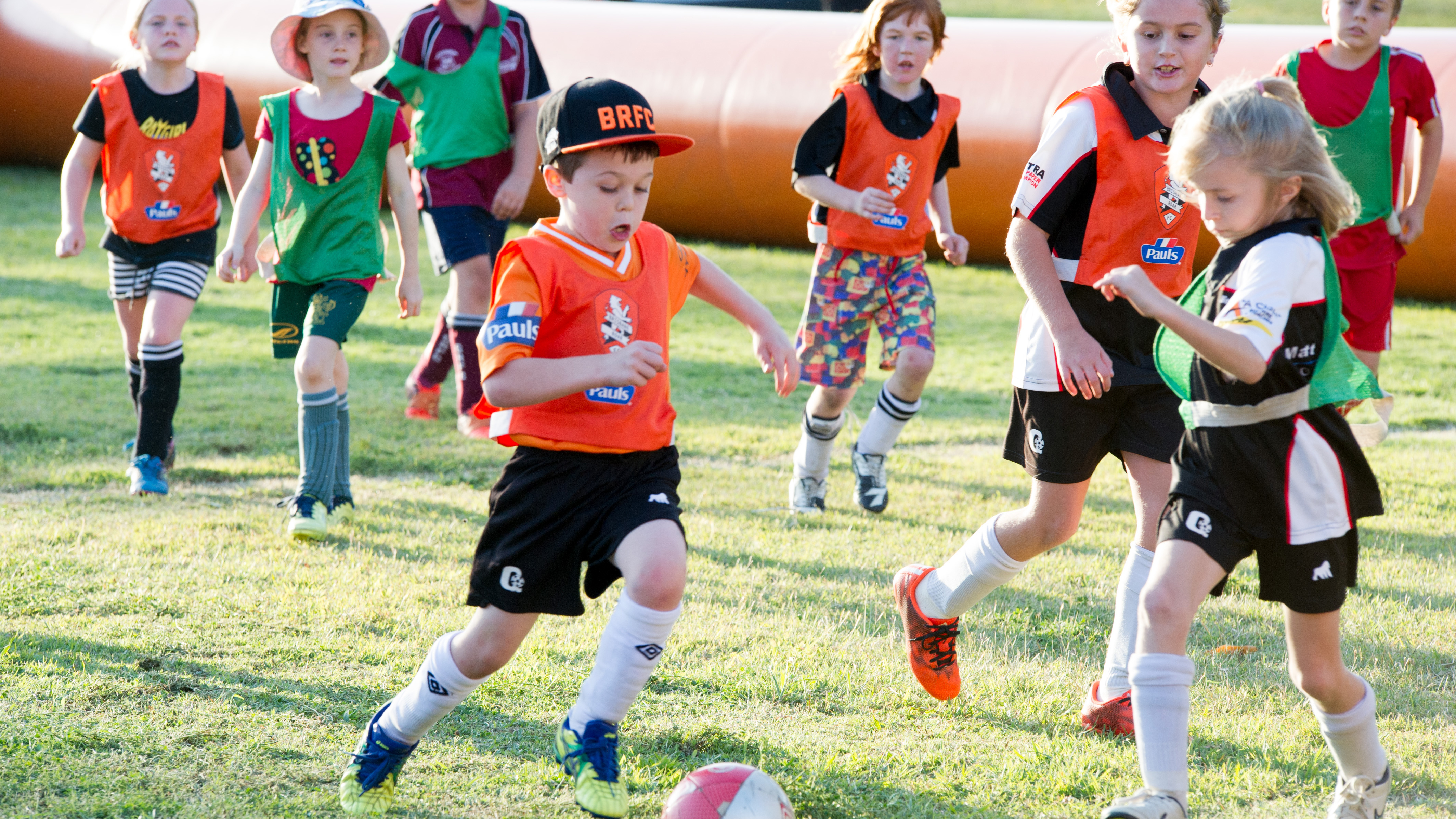 “It’s been a lot of hours on the road but definitely worth it,” Sherry said.

“We just don’t have the facilities like the Roar’s inflatable field and the indoor facilities here in Moranbah.

“Mason had a wonderful time and can’t wait for the next season to start.

“The Roar coaches were fantastic. I can’t say enough about how good they were with all the kids. We were so impressed.

“There were dozens of kids involved but by the end of the session they were calling Mason and other kids by their names and urging them on. Thank you Roar.”

With the start of the Hyundai A-League season now only four days away, you can show your support for Brisbane Roar FC by signing up for a membership. To register, click here

Our first home game is Sunday, 18 October which is a double header. Our Westfield W-League team takes on Canberra United (1pm kick off) followed by the Hyundai A-League match between the Roar and Central Coast Mariners (4pm kick off).